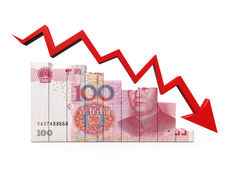 China surprised the financial markets by cutting its daily reference rate by 1.9% in August 2015, prompting the yuan’s biggest single-day drop since the end of its dual-currency system in 1994. Just months after the shock wore off, the central bank stepped in again by cutting the yuan’s reference rates eight times in a row in January of 2016. The yuan has recovered since the cuts earlier this year, but its recent strength has renewed concerns of a devaluation.

Here are three exchange-traded funds (ETFs) that could outperform and three ETFs that could underperform in the event of a yuan devaluation.

3 ETFs That Could Outperform

The SPDR Gold Trust ETF rose 0.7% on heavy volume following the devaluation of the yuan back in August 2015. As the effects rippled through the market, the precious metal ETF expanded its gains to 4.25% just eight days later.

China is one of the world’s largest importers of metals, and accounts for nearly one-third of gold demand. Following the devaluation, many analysts speculated Chinese investors would be incentivized to buy gold as a safe-haven asset, rather than holding onto the yuan while the dollar weakens due to the uncertainty about the probability of an interest rate hike.

These same dynamics could take place if China decides to devalue the yuan again, especially with expectations for a U.S. interest rate hike on the rise. At the same time, low bond yields and lofty equity valuations have made precious metals a desirable asset class in their own right.

The Deutsche X-trackers CSI 300 Hedged ETF wasn’t around in August of 2015, but it could have benefited from the yuan’s devaluation, since it provides exposure to equities without the currency risk associated with more popular indexes.

The devaluation of a country’s currency may seem like a negative development on the surface, but for an export-driven economy, it can help to improve the competitiveness of its products in global markets. The only problem is that a devaluation also reduces the value of a company’s existing assets held in the country’s home currency. Currency-hedged ETFs provide a solution for investing in foreign stocks while mitigating exposure to foreign currencies.

A further devaluation of the yuan could help boost equities over the long run by improving export competitiveness, while this currency-hedged ETF could mitigate currency risks. Of course, this assumes that China’s economy doesn’t suffer from other problems.

The iPath S&P 500 VIX Short-Term Futures ETN rose nearly 8% following the yuan’s devaluation in August 2015 – thanks to increased volatility in the S&P 500 and the global equity markets following the move.

The devaluation of the yuan caused a significant spike in global volatility. South Korea and Australia saw their currencies fall at least 1%, as investors speculated they would have to pursue weaker exchange rates to remain competitive. Shares of Chinese companies with dollar-denominated debt also fell sharply, since those debts became more expensive to pay off. Many commodities also moved lower, as China’s buying power was weakened.

Investors could see the return of volatility if China decides to devalue the yuan once again; although it’s worth noting that volatility tends to quickly come and go. In many ways, the VIX represents a short-term way to play any devaluation of the yuan.

3 ETFs That Could Underperform

The WisdomTree Dreyfus Chinese Yuan Fund fell 0.75% following the August 2015 devaluation, as it traded significantly higher than its average daily volume each trading day for several weeks. Over the following weeks, the ETF fell nearly 7%, before recovering ground later in the month.

The ETF represents the most direct play on a decline in the yuan since it uses forward contracts to capitalize on any changes in the CNY/USD exchange rate. As the price of the yuan depreciates, the value of these forward contracts falls and the value of the ETF is diminished. The depreciation is partially offset, however, by the interest rate paid on U.S. money market collateral securities and the Chinese yuan time deposits.

Any further devaluation of the yuan could send the ETF’s value lower, as the value of these forward contracts is reduced. However, it’s worth noting that investors would need to short the ETF before a devaluation in order to capture the greatest upside potential.

The iShares MSCI Australia ETF fell more than 14% in the weeks following the devaluation of the yuan in August 2015.

Australia exports more than 30% of its goods to China. After the yuan’s devaluation, Chinese buying power was significantly diminished as Australian goods became more expensive. Investors speculated that these dynamics could lead to less revenue for Australian exporters – particularly in the iron-ore industry. The company gets about 23% of its imports from China – which became cheaper to buy, but this benefit didn’t outweigh the export costs.

Another devaluation of the yuan could spark a similar reaction from Australian equities, which tend to suffer when their largest trading partner suffers.

The iShares Thailand Capped ETF fell more than 8% in the weeks following the yuan’s devaluation in August 2015.

Thailand’s exports compete with China’s exports in the global markets. Since the devaluation of the yuan made its products more expensive on a relative basis, investors speculated that the export-focused companies could experience a slowdown in sales. China also accounts for about 12% of the country’s export demand and a lower yuan valuation made its products more expensive to its most important export market.

Again, a devaluation of the yuan could have a similar impact on Thailand’s economy. as its exporters struggle to maintain revenue growth.

China’s devaluation of the yuan, back in August 2015, sent shockwaves through the global financial markets. Since then, the yuan has strengthened against the U.S. dollar and speculation of a devaluation has resurfaced. The long and short opportunities mentioned in this article represent ways investors can position themselves for such a devaluation over the coming quarters if the People’s Bank of China decides to take more aggressive action. 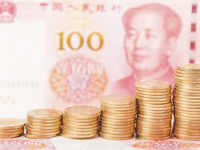 The Yuan: Pegged or Not, That Is the Question

China’s yuan policy has caused quite the stir in recent times. In August 2015, it was at the... 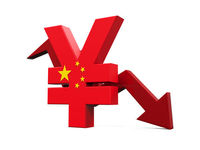 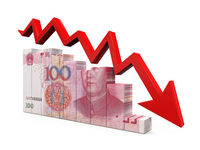 The devaluation of the Chinese currency has been one of the most talked about issues among... 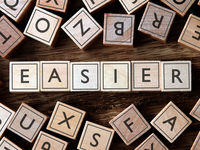 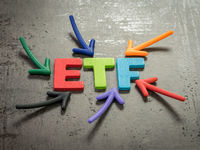 There’s a first time for every exchange traded fund (ETF) investor, no matter what your age. Here... 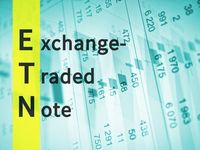 7 Differences Between ETFs and ETNs

When you consider where to invest your money, you and many other investors might be wondering...