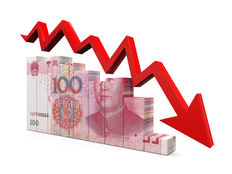 The devaluation of the Chinese currency has been one of the most talked about issues among economists over the past year. Since 2015, China has pursued a monetary policy of aggressive easing, with the goal of weakening the yuan against international currencies like the U.S. dollar. This has had significant implications not just for China’s economy, but also for the U.S., the largest economy in the world.

When China announced its policy of currency devaluation, it was widely met with skepticism and concern across the world. China is a major global economy, and these decisions resulted in uncertainty, which had an effect on the global markets and many economies. There were several reasons for China’s policy to devalue its currency.

Give More Power to the Free Market

On Aug. 11, 2015, China announced it would loosen its grip on its own currency. It accomplished this by setting the spot rate for the yuan versus the dollar, against the previous day’s closing price. This resulted in more flexibility for the free market to dictate China’s currency movements, rather than the currency being solely controlled by financial regulators.

As China’s economy matures, so should its currency policy. It is better for the free market to dictate the direction of the yuan, like every other major currency.

A major reason why China pursued a monetary easing policy, characterized by cutting interest rates and reducing the level of reserves that banks must hold, is to boost its exports. China is a major exporter of goods to places like the U.S. By devaluing China’s currency, it has made Chinese exports more competitive on a global stage.

All things being equal, a weaker currency makes exports more attractive, because they are cheaper to be purchased in international regions. A weaker currency helps China’s exporters sell more of their goods across the world. By contrast, countries with stronger currencies see their own exports become less competitive.

Historically, investment was the biggest driver of China’s economic growth. For example, a report from consulting firm McKinsey & Company found that 53% of China’s GDP growth from 2000-2010 came from investment, while 27% came from private consumption.

The actions taken by the Chinese central bank to weaken the yuan are in part done to shift its economy from investment to consumer spending. The McKinsey report states that from 2020-2030, China’s GDP growth will be comprised of 51% private consumption and 34% investment. This would be a major shift for the Chinese economy moving forward.

Effect on the Global Economy and Investors

As a whole, the policies employed by the Chinese central bank sent a signal to the rest of the world that the Chinese economy was slowing down. Broadly, China’s currency policy moves were made to boost its economy. When it announced the actions taken on its currency, the market took it as a bearish signal. Global markets fell, anticipating a slowdown in China. And since China is such a large economy and a key emerging market, the ripple effects were felt around the world.

This can be seen through certain exchange-traded funds, or ETFs, that invest in China. All of these three ETFs have underperformed the S&P 500 over the past year:

First Trust China AlphaDEX ETF (FCA B) holds 100% Hong Kong and Chinese equities. Among the fund’s top 10 holdings are Evergrande Real Estate, Metallurgical Corp. of China and Dongfeng Motor Corp. This is the worst performing fund of the three, down 16% in the past one year.

Global X China Consumer ETF (CHIQ B-) comprises 99% Chinese equities. This fund predominantly focuses on the consumer discretionary sector, and could be an optimal play on the booming Chinese middle class. Some of its top holdings include Ctrip.com International, Alibaba Group and JD.com.

iShares China Large-Cap (FXI A-) also comprises 99% of Chinese equities. This ETF appeals to more risk-averse investors, because it holds specifically large-cap equities, such as companies that hold market capitalizations above $10 billion. This relative stability has helped FXI over the past year. While it has still underperformed the S&P 500, the fund has returned 8% in the past 12 months.

The reasons behind China’s monetary policy of weakening the yuan against international currencies are threefold. Firstly, it gives the free market an opportunity to dictate currency movements. Secondly, it makes Chinese exports more competitive on a global scale. Finally, the Chinese economy is heavily reliant on investments such as infrastructure. The devaluation of the yuan will have significant implications not only for the Chinese economy, but also for the global economy.