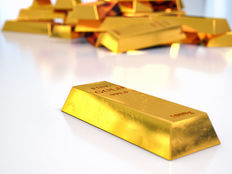 Rising Interest Rates Are a Boon to Precious Metals Prices

Precious metals slumped in the final quarter of 2016 as it became apparent the Federal Reserve will continue normalizing interest rates, perhaps at an even faster pace than previously assumed. However, tighter monetary policy is not to blame for the collapse in precious metals prices, and contrary to conventional wisdom, cannot be assumed to be bearish for these commodities. This belief, while not entirely unfounded, ignores decades of evidence showing the complete opposite is true.

The rationale for believing higher interest rates are the bane for precious metals is easy enough to understand. Higher rates boost the investment appeal of greenback-denominated bonds and savings accounts at the expense of non-yielding assets, such as gold, silver and platinum. This relationship strengthens the dollar in which precious metals are priced, making them more expensive for users of other currencies.

Precious metals surged in the first half of 2016, a period that witnessed the Federal Reserve’s longest pause in any modern interest rate cycle. The subsequent fall in metal prices is therefore assumed to be caused entirely by the U.S. central bank’s decision to hike rates in December. This rationale is then used to explain the broader relationship between U.S. interest rates and precious metals.

The actual data does not support this narrative.

Gold prices have been much more likely to rise if interest rates go up than if they stay the same, according to data from the Federal Reserve Bank of St. Louis. Between 1986 and 2016, the chance of gold rising in the months the Fed raised rates is 55%. The chance of gold being higher 12 months after a Fed hike is 61%. On average, gold prices have moved 0.7% in months where the Fed hikes, versus 0.4% in months where policy stays the same. The average price change 12 months later is 7.2%.

This correlation can be observed even more recently. Gold prices and the federal funds rate moved higher in lockstep with one another during the most recent multi-year rate hike cycle between 2003 and 2007. The following chart illustrates that relationship.

This data essentially shows that a rising interest rate environment led to gold prices increasing, a fact that will be lost on many investors who assumed otherwise. A rising interest rate environment in the three decades following the 1950s was the largest precious metals bull market in modern history. Below is a comparison of the Federal Funds rate and gold prices between 1968 and 1990.

Precious metals rise in lockstep with interest rates for a variety of reasons. For starters, the Fed usually raises interest rates retroactively to control inflation growth, and only when it receives assurance the economy is growing at a moderate pace. The central bank has been especially wary of raising rates too quickly in the post-crisis environment, with policymakers opting to remain on the sidelines even as the U.S. economy reached full employment. With unemployment well within the Fed’s target range and GDP growth bouncing back, rate-setters appear poised to tighten policy at a more predictable pace moving forward. Core personal consumption expenditures (PCE) – the Fed’s preferred guidepost of inflation – has also increased, a sign policymakers will look to play catch-up with stronger consumer price growth.

Since precious metals are investors’ preferred hedge against inflation, gold and silver make timely investments during a rate-hike cycle. At the time of writing, the Fed expects three rate increases in 2017, followed by two or three in 2018. This gradual rate-hike path should facilitate stronger uptake in precious metals as inflation also rises.

Investors should also note that precious metals are influenced by factors that have nothing to do with monetary policy. As haven assets, gold and silver often rise in response to geopolitical, economic and financial risks. Demand for jewellery amid the holidays also hastens the appeal of precious metals. Since silver enjoys a variety of industrial uses and is mainly sourced as a by-product of base metal extraction, it is also influenced by other economic forces.

For ETF investors, choosing assets with exposure to a basket of precious metals is the best approach for shielding against higher inflation. ETFs such as {etf % GLTR %} and {etf % DPB %} provide such exposure. They have the added advantages of providing diversification benefits at the portfolio level and at the ETF security level, as it is better to hold multiple precious metals instead of just one.

Additionally, investors face exceptionally high tax rates for holding a single commodity ETF, such as {etf % GLD %}, because they are physically-backed and taxed as collectibles. How gold ETFs are taxed breaks down the tax treatment of physically-backed and future-based gold ETFs. For a full list of Precious Metals ETFs, click here. Sign up for ETFdb Pro and gain access to more than 50 all-ETF model portfolios, each of which is backed by a unique investment thesis.

Investors can analyze these and other precious metals ETFs using our Head-to-Head Comparator Tool, which allows for comparison through a variety of criteria, such as performance, expenses, trading volume and more.

For more on how to hedge against inflation using ETFs, read How to Hedge with ETFs: An ETF Database Guide.

Despite popular opinion about the relationship between precious metals and interest rates, the historical truth paints a much different picture. As the world’s primary inflation hedge, precious metals will likely see plenty of upside in coming years as the Federal Reserve brings monetary policy back in line with the historical norm.