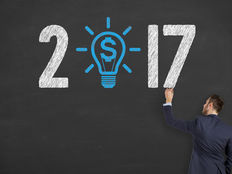 Each year, ETF Database conducts a comprehensive review of the macroeconomic trends, policies and financial market themes that will dominate the next 12 months. Here, we introduce the overarching investment topics that are poised to shape the financial markets in 2017.

From Brexit to Donald Trump, 2016 witnessed seismic shifts in the global political economy. This year’s themes partly reflect these paradigm shifts and build on other developments that look to make 2017 a slightly more optimistic year for investors. However, the potential for higher growth comes at a cost as investors navigate an increasingly murky climate dominated by greater risk and political uncertainty.

Against this backdrop, the five major ETF investing themes for 2017 center on:

ETFdb.com has ETF investing guides and other investment themes. Sign up to ETFdb Pro to get access to all the PDFs located on our ETF Guides page.

Infrastructure spending moved to the top of investors’ list after Donald Trump secured the presidential nomination on November 8. Trump’s plan to transform the U.S. economy includes a trillion-dollar infrastructure program to modernize roads, highways, airports and other critical transportation arteries. To find out more about how Trump’s victory will affect infrastructure ETFs, read about the infrastructure ETFs that are likely to flourish under Trump.

The infrastructure spending spree doesn’t begin with Trump. In China, a new transnational infrastructure policy, entitled “One Belt, One Road”, is also under development. Regional ambitions to boost infrastructure don’t end there, as more recently Japan has committed hundreds of billions of dollars to developing Asia over the next five years.

European infrastructure spending is also expected to bounce back to levels seen before the sovereign debt crisis. For a region struggling with deflationary risks, infrastructure is as much an economic stimulus as it is a means to rebuild power, transportation and water resources.

Contrary to conventional wisdom, rising U.S. interest rates are not bearish for gold prices. Though influenced by monetary policy, bullion is primarily used as a store of value against instability and inflation. The Federal Reserve is raising interest rates retroactively as inflation increases, and consumer prices are expected to accelerate much quicker in response to Trump’s pro-growth agenda.

Higher inflation is a boon to precious metals, since investors view gold and silver as the primary hedge against inflation. At the time of writing, the Federal Reserve expects to raise interest rates three times in 2017, followed by two or three hikes the following year. As the federal funds rate goes back toward its long-run average, inflation will be high enough that gold and silver investments are needed for diversification. The year 2017 may be an ideal time to invest in gold ETFs at a time when prices are low.

For a list of top gold ETFs, refer to the following list. Read How to Invest in Gold: Physical vs. Miners ETFs to understand the differences between physical gold ETFs and gold mining ETFs.

Crude oil ended 2016 near 18-month highs, as planned production cuts from the Organization of the Petroleum Exporting Countries (OPEC) and 11 other producer states raised optimism that the global supply glut would be drained. Although crude prices face an uncertain future as U.S. shale producers respond to higher prices, the energy sector is tipped to offer big opportunities in 2017. U.S. President Trump has not only promised to deregulate energy production, but his administration is also expected to reduce subsidies for alternative energy, which will likely boost traditional fossil fuel industries.

For a more granular analysis on potential energy sector ETF investments, use our free ETF Analyzer tool. Using this tool, you can parse through ETF opportunities by category, type and individual ticker symbols to compare key metrics, such as performance, expenses and dividend yield.

For many investors, 2017 is synonymous with escalating geopolitical risks. Chief among them is the United Kingdom’s negotiation out of the European Union (EU). Brexit was one of the biggest developments of our generation, one that has not only threatened regional stability, but the very foundation of the single market project. With France and Germany headed for elections, populist movements in both countries are quickly gaining momentum.

Another source of uncertainty is Donald Trump’s handling of existing trade deals. Trump has more or less canned the Trans-Pacific Partnership (TPP), and looks to take on China and Mexico on the topic for their handling of various trade-related policies. The global investing climate could go downhill in a hurry if politics disrupts the movement of goods, services and people.

Information technology extends far beyond Silicon Valley to include the way consumers, businesses and nations use the digital economy to grow and prosper. The growth and widespread adoption of connected devices has given rise to the Internet of Things (IoT), which many analysts describe as the next multi-trillion-dollar market. In 2017, investors can expect more practical examples of digital connectivity intersecting smart cities, healthcare, transportation and consumer products.

Major global IT companies, from Amazon to Google and up to Apple, are poised to capitalize on the continued growth of digital connectivity. New technologies are also leading to breakthroughs in how we live, work and conduct business. 2017 will see a continuation of these trends.

Now that we’ve introduced the five major themes of 2017, you can take a look at our theme-specific content below, where we inform you of opportunities in these volatile markets.

To keep track of major developments in the market, review our News section regularly. For more ETF news, analysis and commentary, subscribe to our free newsletter. 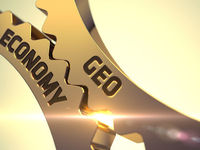 2016 was a challenging year for investors, as seismic events in the global political economy... 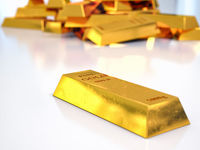 Rising Interest Rates Are a Boon to Precious Metals Prices

Precious metals slumped in the final quarter of 2016 as it became apparent the Federal Reserve... 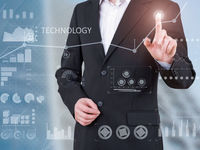 Alpha Opportunities in the Technology Sector

In this article, we will look at emerging opportunities within the technology sector and how... 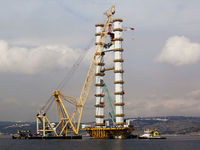 All Signs Point to an Energy Sector Rebound

The energy markets are notoriously difficult to predict with hedge funds having lost billions... 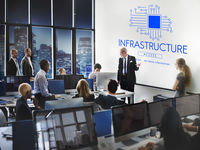 Capitalizing on the Planned Surge in Global Infrastructure Spending

For any modern society to function effectively, a stable infrastructure framework is necessary....