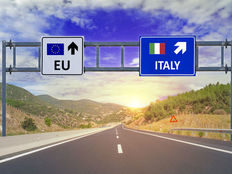 Italy Votes ‘No’: Analyzing the Referendum

Italian Prime Minister Matteo Renzi has failed to convince his fellow citizens to vote in favor of constitutional reform, throwing the country into uncertainty. Early into the night of December 4, 2016 – as it was already clear he had been defeated with 60% of the vote against change – Renzi said he will resign from the post, just as he had promised. The unfavorable result was largely expected by pundits, with many polls having had the ‘No’ campaign as a clear winner. However, Renzi was optimistic that the mood had changed right before the vote took place. It appeared that his only hope to win was a low turnout, but Italians cast their ballot en masse.

Now that the people have spoken, all eyes will turn to the largely ceremonial President Sergio Mattarella who is expected to decide what to do next. Mattarella could ask Renzi to continue as Prime Minister (unlikely) or appoint a caretaker government (more likely). His desire is to achieve stability until the next elections in 2018, but without enough support from the political parties, snap elections are a reality.

Snap elections are what traders and investors fear most, as the populist movement Movimento 5 Stelle (M5S) is expected to take over the government and immediately call a referendum on leaving the single currency and the European Union. Opinion polls released on Sunday show that M5S would win an election with over 53% of the vote. However, to investors’ consolation, Italians do not believe that leaving the EU is the solution to the country’s economic malaise, as only 15% of the voters favor an exit from the single bloc. So it should be of note that a win by M5S in an election does not automatically mean Italy will leave the eurozone or the European Union, but there would be such a risk.

As expected, markets have reacted negatively to the news of Renzi’s defeat, with the euro dropping to a 20-month low before recouping some of the losses. The level of support of 1.0470 against the U.S. dollar has not been crossed, delaying parity speculations for the time being. Meanwhile, the Italian stock market was down just over half a percent on Monday.

Populism on the Rise

The defeat of the referendum casts another shadow over the European Union project, after Britain elected to leave the single bloc. Populists all over Europe and the globe are on the rise. First came the Brexit vote, followed by Donald Trump’s victory. Italy’s referendum is seen as another chapter in the rise of populism globally. For more information on how to play the Brexit vote, read 4 ETFs to Play the Brexit Vote. For ETF themes and how to play Donald Trump’s Presidency, read Trump’s Victory.

However, Austria managed not to fall into the hugs of the far right on Sunday, December 4, when pro-Europe presidential candidate Alexander Van der Bellen won the election by a narrow margin. Next in line to have their tests on populism are France (unclear) and Germany, which may or may not vote in favor of the status quo.

For ways to play either scenario – Italy Leaving or Italy Staying in the EU, visit our Italy Exits the EU page.

Investors looking to capitalize on the result of the referendum could consider several ETFs. The most obvious is a short on the Italian stock market through iShares MSCI Italy Capped (EWI B+). For more ETFs with exposure to Italy, use our Country Exposure Tool.

iShares MSCI Europe Financials (EUFN B) is poised to suffer from the referendum’s defeat. Italy’s banks are in bad shape, with the oldest financial institution in the world, Banca Monte dei Paschi di Siena, among the worst positioned. The bank badly needs at least € 5 billion in funding to stave off bankruptcy concerns, but with Italy’s political system in disarray, achieving that goal could be an uphill battle. Italy’s entire financial system has as much as € 360 billion of soured loans, which makes it harder for the banks to lend money. In fact, the blowup risk stemming from Italy’s financial institutions is more of a concern to investors than a potential exit from the European Union, which is still a long shot.

Another obvious choice would be to short the euro via two alternatives provided by ProShares. For investors willing to take a higher risk and double their returns on euro’s performance against the U.S. dollar, UltraShort Euro (EUO A) could be the way to go. For those wanting to avoid risk, non-leveraged Short Euro (EUFX C) is an interesting choice. Read Three ETFs to Play If Italy Leaves the European Union for more on the referendum’s implications for investors.

ETFdb will have an in-depth analysis of Italy’s referendum results in our upcoming January ETF Edge Newsletter – including what happened, which ETFs were impacted and how to navigate this geopolitical risk in 2017. By signing up for the ETF Edge, not only will you stay updated on Italy, but also on major portfolio-moving developments around the world.

Italy voted a resounding ‘No’ in a referendum on constitutional reform on Sunday, likely paving the way for populists M5S to grab power. This prospect has spooked investors, who fear this party will take Italy out of the euro, though polls show Italians are willing to stay in the union.