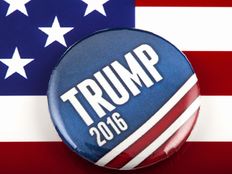 The political climate plays a major role in influencing both investors’ expectations and the future trajectory of the market, even if rooted only in speculation.

With Donald Trump winning the 2016 U.S. presidential election, many are considering how to (re)position their portfolios.

Below we highlight three corners of the market that could benefit now that the Republicans took back the White House and Donald Trump is President.

3 ETF Themes That Could Outperform

“Military Might” has long been a key mantra of the Republican Party, and Donald Trump has clearly voiced his support for staying true to it. Fighting terrorism is center stage in his campaign, and he intends to do so by increasing defense spending. Not surprisingly, many expect now with Trump’s victory, that it’s also a win for defense contractors, aerospace manufacturers and other high-tech suppliers of the U.S. military.

While the defense budget would not have necessarily shrunk under Hillary Clinton, the consensus suggests that it will certainly grow now that Trump is elected President.

Currently, there are three funds focused around the aerospace & defense industry:

While Hillary Clinton was largely viewed as promoting the “status quo” (in Wall Street’s eyes at least), few would contest that the win for her Republican opponent is shaking things up. The problem is that the stock market hates uncertainty, which means that a win for Trump is seen as a “grey swan” event by the majority of money managers. In this case, volatility is ticking higher, and serving as a tailwind for safe havens like gold.

Furthermore, Trump has voiced his intent to promote economic growth, even at the expense of increasing the nation’s already sizeable deficit. More spending translates into more debt, which is generally a headwind for the dollar, and therefore a potential tailwind for gold prices.

The most popular vehicles for accessing the precious yellow metal include:

Trump’s “Make America Great Again” slogan has become synonymous with bringing jobs back to the U.S. and putting more people to work. While his talks about building a wall around our border have been deemed ludicrous by many, he has also made other more reasonable assertions related to increased spending on infrastructure. More specifically, Trump has voiced that the U.S. could greatly benefit from expending billions on fixing everything from roads to bridges to upgrading airports.

Given Trump’s real estate background and connection with massive construction projects, many anticipate that the win for the Republicans in this election bodes well for builders of all stripes.

Investors may wish to tap into the domestic infrastructure theme via a broad-based Materials ETF, such as the popular Materials Select Sector SPDR Fund (XLB A), or through a more granular vehicle such as the PowerShares Dynamic Building & Construction Portfolio ETF (PKB A).

3 ETF Themes That Could Underperform

As highlighted above, the win for Trump was less-priced-in than an anticipated Democratic victory, and as such, it’s viewed as an upset to the “status quo” on Wall Street. This surprise victory will likely cast new clouds of uncertainty and lead investors to de-risk their portfolios as expectations get reshuffled.

Simply put, if the markets’ expectations are not met, then volatility and selling pressures are bound to increase.

In this case, one of the regions likely poised to be on the chopping block is Emerging Markets. Why? Because EM equities traditionally fall on the “risky” end of the spectrum, they are more likely to get hit, and harder at that than say U.S. large-cap consumer staples in the event of a market wide sell-off. Adding to that, Trump’s aggressive attitude on “flexing military muscle” could lead to heightened geopolitical tensions and further contribute to a global de-risking wave across financial markets.

The most traded vehicles offering broad-based exposure to EM equities include:

Increasing the defense budget and ramping up infrastructure spending appear to be at the top of Donald Trump’s priority list as he takes over the Oval Office. However, along with increased government outlays comes an even bigger deficit. If Trump’s personal business history with bankruptcy is any indication of his feelings towards budgets, it’s that he doesn’t feel constrained by them at all.

With the U.S federal deficit expected to exceed $600 billion by year end, there is likely to be mounting fears of what could happen if Trump keeps adding to the already-sizeable bill. Such uncertainty is bound to resonate negatively for the U.S. dollar in the currency exchange market, as investors prepare for political gridlock in the event the deficit spirals wildly out of control.

Investors can bet against the greenback by selling the following:

It’s no secret that Donald Trump is a big fan of traditional fossil fuels, like coal and natural gas. Since picking fracking proponent and known climate-change-denier Rep. Kevin Cramer of North Dakota as his energy advisor, ‘The Donald’ has unveiled a series of pro-fossil-fuel energy plans, including scrapping Obama’s Clean Energy Plan, reducing regulations and letting the “free-markets” decide which energy sources will prevail. In Trump’s eye that, unquestionably, means fossil fuels.

With that in mind, on several campaign stops, Trump expressed his displeasure of alternative forms of energy, like solar and wind. Calling them “expensive” and dependent on substantial subsidies to work, Trump pledged that he would make the playing field level for all forms of energy by allowing their true costs to be reflected. Under his plan, that will basically eliminate all forms of tax breaks and subsidies that these energy sources have enjoyed. If Trump is successful in convincing Congress and the American people that wind energy is "killing all the eagles,” the renewable energy sector could see a big decline in both adoption and share prices.

Some ways to play this theme may entail selling ETFs focused around clean and alternative energy equities:

Deciding where to invest your money based on assumptions around a candidate’s political views that may or may not come to fruition is likely to end badly for most. Don’t let the media or your own biases sway your asset allocation strategy. Instead, remind yourself of the long-term objective behind each position and fight to tune out the political noise. 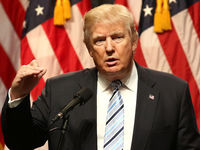 How Will Energy ETFs Be Affected by Donald Trump's Win?

There’s no denying that President Donald Trump is the total polar opposite of his Democratic... 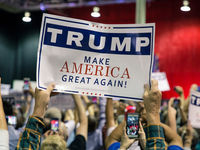 The Big Play in Aerospace & Defense ETFs Under Trump's Win

For President Donaly Trump, one hot button issue – especially in the wake of rising terrorism –... 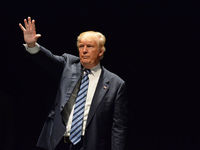 Infrastructure ETFs Are Likely to Flourish Under Trump