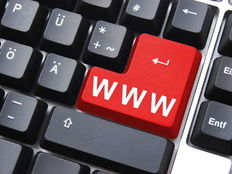 On July 6, First Trust launched the second ever ETF that offers targeted exposure to companies involved in the cybersecurity industry. The NASDAQ CEA Cybersecurity ETF (CIBR ) tracks the performance of firms primarily involved in the building, implementation, and management of security protocols applied to private and public networks, computers, and mobile devices in order to provide protection of the integrity of data and network operations.

CIBR’s portfolio consists of 33 individual holdings, many of which can be found in the fund’s only direct competitor — the ISE Cyber Security ETF (HACK ). The top holdings, however, are a bit different:

The other key difference between these funds is expenses: CIBR charges 0.60%, while HACK charges 0.75%.

Commenting on the launch, Senior Vice President at First Trust Ryan Issakainen noted: “Along with the clear benefits of an increasingly interconnected world comes the growing need to ensure the security of cyberspace. This presents significant opportunities for companies involved with this task, many of which are not represented in traditional index ETFs. We believe this ETF provides a diversified, efficient way for investors to gain exposure to this important theme.”

Considering yesterday’s NYSE trading glitch, the launch of CBIR could not have come at a better time.

ALPS introduced its Enhanced Put Write Strategy ETF (PUTX ), which began trading on July 7. The actively-managed fund’s objective is to seek total return via selling listed one-month put options on the SPDR® S&P 500 ETF Trust (SPY A) and investing the premium income received from selling such options in a portfolio of investment grade debt securities.

To understand the mechanics behind the fund, here are two scenarios:

Simply put, investors who believe the market will remain flat or will rise may find PUTX a compelling option, as it also provides potential for relatively high income. The fund charges an expense ratio of 0.75%.

This morning, WisdomTree introduced two new funds on the market. The International Hedged Equity Fund (HDWM ) is the latest addition to the firm’s growing currency-hedged lineup, tracking dividend-paying companies in the developed world (e.g. the U.S. and Canada) while hedging exposure to fluctuations between the U.S. dollar and foreign currencies. The fund charges 0.35%.

Commenting on HDWM’s launch, WisdomTree’s Director of Research Jeremy Schwartz noted “Income generating strategies are critical for many investors, and we believe investments like HDWM, are attractive ways to generate income, especially in a low-yielding, low-return environment characterized by volatility and uncertainty.”

Yes, oil prices are bouncing back in dramatic fashion, but the commodity’s price is still...

Income and Value Meet in This ETF

With quality taking on added importance for dividend investors in 2020 and talks of value stocks...

This ETF May be the Right Gauge of Reopening Success