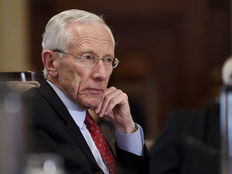 Jackson Hole: The Good, the Bad, and the Data

Over the next three days, Wall Street will turn its attention to Jackson Hole, Wyoming, where the Federal Reserve Bank of Kansas City will host its annual economic policy symposium.

While investors aren’t expecting a clear date for the Fed’s first rate hike, many will be tuning in to see whether or not the central bank will reconsider raising rates in September (or this year), given recent global economic developments.

“At this moment, the decision to begin the normalization process at the September meeting seems less compelling to me than it did several weeks ago. But normalization could become more compelling by the time of the meeting as we get additional information,” stated Dudley, adding “I really do hope we can raise interest rates this year. Let’s see the data unfold before we make any statements when that might occur.”

Thus far, U.S. economic data has been relatively positive, though not impressive by any means. On the corporate front, however, China’s massive downturn continues to weigh heavily on U.S. multinational corporations. Black Monday’s steep sell-off spooked investors worldwide, raising even more concerns as to whether or not the Fed may be premature in raising rates this year.

While Jackson Hole won’t give us any solid answers, what investors can do is closely monitor some of the biggest domestic data coming out from now until the Fed’s next meeting on September 17.

Throughout the next several weeks, investors may want to pay close attention to the following ETFs:

Whether or not the Fed decides to raise rates next month, investors should be prepared for volatile price swings (in either direction). The Street has not seen a rate hike in almost seven years, and once it comes, it will likely take some time to absorb the drastic shift in monetary policy. And as the rest of the world holds on to its easy-money stance, don’t expect the U.S.’s change of course to be an easy or seamless transition.