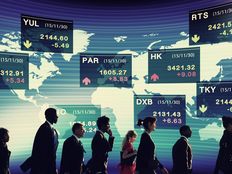 After much anticipation and even a few “no hike” surprises, the Fed has finally put an end to the free-money era following a unanimous vote to lift rates. Markets applauded the Fed after the usual bout of volatility right after the press release; all major indexes, both domestic and foreign, managed to settle firmly in green territory before the closing bell.

Let’s dive into the details of the latest FOMC announcement.

Most importantly above all, monetary policy is stated to remain accommodative.

What Does It All Mean for Investors?

The Fed’s decision to hike rates implies they feel the economy no longer requires ultralow borrowing conditions to keep expanding at a healthy pace. Granted this decision was hardly a surprise, it still marks a much-needed vote of confidence for investors. After all, equity markets across the globe responded with a rally following the rate hike news.

In short, the rate hike is bullish news for investors. See below for the corners of the market that are poised to outperform during this next phase of domestic economic recovery.

Perhaps the single biggest piece of looming uncertainty stems from the fact that every other developed nation that has proceeded to raise rates since the depths of the 2008 financial crisis has been forced to readopt monetary easing. Simply put, the biggest risk that remains is arguably the most obvious one: whether or not the U.S. economy can handle rising rates.

Some ways to take advantage of rising rates entail overweighting exposure to these corners of the market:

Read more about what rising rates mean for financial ETFs.

On the fixed-income side, investors should consider bond ETFs that aren’t scared of rising rates based on their underlying holdings. This includes ETFs that target floating-rate and convertible debt notes as well as bank loans.

The rate hike is finally here and based on the early reaction, equity markets appear to have come to terms with the fact that rising rates are synonymous with improving economic growth. While some volatility in the market is inevitable in the short-term following recent gains, the much-awaited rate hike serves as a vote of confidence that should provide a strong tailwind for many of the rate-sensitive sectors outlined above heading into 2016.