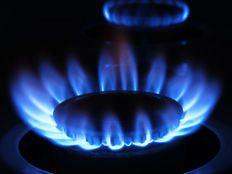 Trending: Natural Gas on Roller Coaster as Demand Slows Down

Natural gas prices have been on a roller coaster lately as bulls and bears disagree on the future trajectory. Natural gas is the central theme this week, followed by short-term bonds, which became attractive in an environment of rising interest rates. German equities took the first place, as continental Europe prepares for its first populism test with elections in France and the Netherlands. Chinese equities and aerospace ETFs close the list.

Natural Gas: Up and Down, but Mostly Down

Natural gas has been one of the most volatile commodities in the energy space. The direction has been mostly down, as an unusually warm winter in the U.S. and abundant supply from the shale revolution put a lid on prices. Natural gas ETFs have seen their traffic rise 58% over the past week, as the commodity slightly recovered. United States Natural Gas (UNG B-) has jumped about 2% over the past five days, erasing some of the year-to-date losses, which now stand at 27.7%.

A warm winter in the U.S. has been the main enemy of natural gas. As a result, consumption was lower than expected and stockpiles failed to fall consistently. Latest figures by U.S. Energy Information Administration (EIA) show that inventories for the week ended February 17 fell by 89 billion cubic feet to 2,356 billion. Storage levels have been high for the second year in a row. Gone are the times when stockpiles were falling below 1,000 during winter – last time that happened was in March 2014. (UNG B-) has lost more than half of its value since then.

Natural gas bears point to the fact that demand is unlikely to increase in the near term and prices will stay low for a while. Bulls, meanwhile, say that prices are at record lows and this could deter producers from investing in new capabilities, and eventually lead to higher prices over the long term. In the near term, bulls also argue that a hot summer could drive up electricity demand. In 2015, 35% of electricity was generated by burning natural gas, up from 18% in 1997.

Short-term bonds have seen their traffic rise 27% over the past week, popular because of their attractiveness in times of rising interest rates. Buying short-term bond ETFs is a popular strategy to shield a portfolio from increasing interest rates because an investor is able to cash in on the investment after short periods of time and deploy the funds in higher yielding assets. Short-term bonds’ performance has been rather mixed lately, largely underperforming long-term bonds.

However, if the pace of interest increases accelerate, short-term bonds may start to outperform. iShares 1-3 Year Treasury Bond (SHY A-) has fallen 0.07% since the beginning of the year, while iShares 20+ Year Treasury Bond (TLT B+) has risen 0.16%. Over the past 12 months, (SHY A-) posted superior returns compared to (TLT B+), although both instruments dropped in value.

For a deeper analysis of individual ETF investments such as (TLT B+) or (SHY A-), use our ETF Analyzer Tool. Compare any number of ETFs on a variety of criteria such as performance, expenses and dividend yield.

In Europe’s uncertain political climate, Germany acts as the ultimate safe haven, driving equities up. Traffic to German ETFs has edged up 23% over the past week, as investors closely watch political events in a neighboring country. It would be a major upset for the status quo if far-right presidential candidate Marine Le Pen wins the French Presidency. This event is sure to spur capital outflows, which may end up in German equities and bonds. iShares MSCI Germany (EWG B) has jumped 5.6% since the beginning of the year, more than double its French counterpart CAC 40, which edged up just 2% over the same period.

Although chances of Le Pen emerging as a winner are still considered small, investors have fresh memories of how they failed to predict Brexit in the UK and Donald Trump’s victory in the U.S. Upcoming elections in Germany, the Netherlands and France have the potential to spook investors and cause a drop in stock prices. Germany is among the few countries far from risking to descend into the populist wave. The nation’s stable political climate combined with a global reflation and improving domestic economy could drive up equity prices consistently going forward.

To easily find ETFs exposed to a particular country, check our ETF Country Exposure Tool. Select a specific country and get a list with all the ETFs with exposure to your pick.

Chinese equities have posted an impressive rally lately, as investor fears about the country’s prospects faded away. China has seen its viewership advance 22% compared with last week.iShares China Large-Cap (FXI A) has shed 1.3% over the past five days, but it remains up 11% since the beginning of the year.

Compared with last year, when there were widespread fears that the country’s domestic troubles will tip the global economy into recession, China is on a much better footing. The government’s supply-side reforms are bearing fruit. Rising commodity prices have improved the profitability of the industrial sector, while exporters are starting to feel the benefits from a recovery in global trade. The nation is expected to go along the same path in 2017, cutting overcapacity in the industrial sector, reducing corporate debt and shedding unprofitable assets.

Aerospace, the only presence in the list linked to the U.S. President Donald Trump, has seen its traffic jump 19% over the past week. The industry got another boost after Trump called for a “historic increase” in defense spending, although he said the expenditures will be financed through savings across the federal government. The Office of Management and Budget said military spending may increase by 10% or $54 billion.

iShares US Aerospace & Defense (ITA B+) has advanced about 2% over the past five days, with most of the gains taking place after Trump’s pledge on February 27. Since the beginning of the year, (ITA B+) is up nearly 10%.

Natural gas has been the most popular asset this week, as the commodity fell dramatically due to a warm winter in the U.S. Short-term bonds are second in the list, as investors consider them for hedging against rising interest rates. Germany’s equities trended due to their attractiveness compared to their European peers, while Chinese equities outperformed as supply-side reforms implemented by the government are bearing fruit. Finally, aerospace ETFs rallied on Trump’s pledge to increase defense spending.