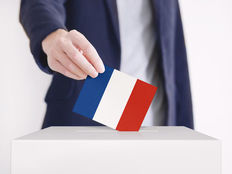 In a major rebuke to mainstream parties, independent centrist Emmanuel Macron squared off against nationalist leader Marine Le Pen in France’s winner-take-all runoff election May 7. Unlike the first round, where Macron and Le Pen eked out narrow victories against Republican Francois Fillon and far-left candidate Jean-Luc Melenchon, the runoff election result was a blowout that played into the hands of the Europhiles.

Emmanuel Macron secured the French presidency in convincing fashion Sunday, defeating Le Pen by 65.8% to 34.2%, projected results show. France’s electoral system requires a candidate to secure an absolute majority to become president. An inability to do so in round one triggers an automatic runoff election two weeks later between the top-two candidates.

At 39, Macron becomes the youngest president in France’s history and the first national leader outside the two main traditional parties since 1958.

Macron’s victory came as a huge relief for investors, who feared another existential crisis for the European Union (EU) following the United Kingdom’s decision to leave the bloc last year. The populist upsurge that has swept North America and Europe arrived on France’s shores this election cycle after Le Pen secured the No. 2 spot in the initial round of voting April 23.

Le Pen’s platform promised a Brexit-style referendum on EU membership, a full withdrawal from the euro and major restrictions on immigration. This would have put France at odds with Brussels and possibly on the path to Frexit. Neither of these outcomes was considered good for markets.

With Macron at the helm, investors are betting on renewed stability in Europe. Although the newly elected president has vowed to reform the EU, he is also eager to strengthen ties to the single market. Macron is also proposing tax and labor reforms that could make France a more competitive place to do business.

The United Kingdom filed divorce papers from the European Union on March 29, 2017. Read UK’s Path to Leaving the EU to find out more about how the decision is impacting the region.

If the first-round election result is any indication, the global equity markets are likely to respond extremely positively to Macron’s convincing victory in the second round. Macron’s embrace of open markets and France’s continued membership of both the euro and the EU will only shore up confidence in the domestic and regional economies. At the very least, the election outcome ensures that the EU’s second-largest member remains an active part of the bloc.

Le Pen’s defeat also diffuses fears over an imminent EU crisis like the one we witnessed last June when the UK voted to leave the single market. For many market participants, a vote for Le Pen was a vote for Frexit and the closing of France’s borders – a dangerous cocktail for a global economy shaped by the globalization narrative.

For investors, Le Pen’s ascendancy would not only have undermined the EU’s diminishing credibility, it would have put France on the path to exiting the euro. As the second-largest Eurozone member, France’s rejection of the common currency could stoke the same contagion fears that are currently rattling the broader EU.

Although Macron’s victory is unlikely to have an immediate impact on France’s shaky economy, the financial markets will likely respond enthusiastically. This means investors can expect higher capital flows into European equities and a continued rebound in the euro, which only recently climbed to six-month highs versus the dollar. However, portfolio strategies should still factor in volatility, given ongoing geopolitical risks in the EU and on the Korean peninsula, not to mention U.S. President Donald Trump’s push for drastic reforms.

Italy could be the next EU member to taste populism as the country heads for a snap election as soon as this year as the fallout from the December 2016 referendum continues. Bookmark our Italy EU Exit market catalyst page for ETFs to play if Italy stays or leaves the EU in the coming years.

The outcome of the second round of voting has profound implications on the future of France. It will also have an immediate impact on financial markets tied to the French republic and the broader euro area. Below are five exchange-traded funds (ETFs) yield-seeking investors should consider now that Macron has won the presidency.

France’s stock market surged to 14-year highs following the first round of voting, as Macron’s victory assured that the country will not be heading for a Eurosceptic-only runoff. EWQ has benefited from a large uptake in European equities since the start of the year. Macron’s victory only adds to the index’s attractiveness, a sign that it is poised to continue higher.

The EZU provides broad market exposure to Eurozone companies, including both large- and mid-cap stocks. EZU is heavily concentrated in Germany and France, the euro area’s two largest economies. Strong liquidity and securities lending revenue make the EZU an attractive bet for post-election gains now that Macron has prevailed.

The benchmark Eurozone stock index has a lot at stake in the upcoming French election. The SPDR Euro Stoxx 50 ETF tracks 50 of the largest Eurozone companies while excluding large caps of companies that do not use the euro. Investors seeking exposure to the Eurozone amid the French election will see a lot of opportunity in the FEZ now that the election result has come out favorably.

The euro spiked to six-month highs against the dollar following the April 23 vote, as investors doubled down on bets that Macron would beat his far-right opponent in the runoff election. After initial hesitation, the euro may have the impetus it needs to continue higher now that Macron has secured the ballot. Therefore, investors can expect Macron’s victory to be a tailwind for the euro, and by extension the FXE.

The election-related rally is likely to extend beyond the EU’s borders. As one of the world’s most popular ETFs, EEM has doubled up on the S&P 500 Index this year, having gained nearly 15% since January. However, the fund has declined slightly since the beginning of May as investors looked ahead to Macron vs. Le Pen. EEM should be in a position to resume its uptrend now that Frexit-related volatility has subsided. Its biggest drawback is a significant expense ratio compared to other similar ETFs.

For more ETFs with exposure to France, use ETFdb.com’s Country Exposure tool.

Sign up to ETFdb.com’s ETF Edge to get the latest insights on all the major portfolio-moving developments from around the world.

Macron’s convincing victory Sunday puts to rest imminent fears about an emerging EU crisis. However, Le Pen’s popularity has increased manifold since the last election cycle, putting the nationalist leader on a path to greater influence over the next five years.

Be sure to check out our News section to stay up to date on the latest developments concerning France and the broader EU. For more ETF news and analysis, subscribe to our free newsletter. 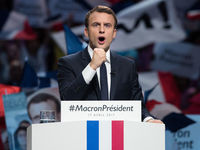 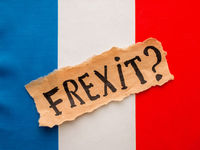 Will France Leave the EU Next?

The United Kingdom’s decision to leave the European Union (EU) was a watershed moment in recent...