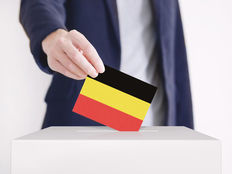 Europe’s largest economy heads to the polls next week to elect a new chancellor and hundreds of MPs amidst a backdrop of geopolitical unrest. Germany is in the crosshairs of a major migrant crisis, a never-ending Greek debt saga and Brexit. For Germany’s Eurosceptic voices, each of these issues is impacting Germany disproportionately.

If public opinion polls hold, Christian Democrat leader Angela Merkel is headed for her fourth term as German chancellor. Amid the sea of chaos, Merkel is positioning herself as the candidate of stability. However, her party must fend off growing support for the four-year-old Alternative for Germany (AfD) party, which suddenly moved into third place and double digits in the most recent polls.

To date, European countries have fended off the rise of ultra-nationalist parties. Geert Wilders was swiftly defeated in the Dutch election in March. Marine Le Pen made huge gains en route to the second-round runoff vote in the French election, but was swiftly defeated by Emmanuel Macron, the so-called centrist who is widely expected to maintain the status quo.

For investors, a victory for Merkel in the German election is the preferred outcome, as her presence ensures the continued legitimacy of the European Union and Eurozone. Although very few are expecting her to lose, Merkel’s popularity has declined in the wake of a major migrant crisis. As a result, polls are showing that she will need to form a coalition government to preserve power. AfD will use this opportunity to attack the status quo and the prevailing narrative of multiculturalism-at-all-cost.

Germany’s election is scheduled for September 24.

Investors breathed a collective sigh of relief following the second round of France’s presidential election. To learn about the impact of France’s election on the financial markets, click here.

Impact of the German Election on Financial Markets

From a financial market perspective, a loss for Merkel could have grave consequences for riskier assets such as stocks and even the euro. Uncertainty is the bane of the financial markets, and the perceived erosion of stability could trigger a major selloff of European and global markets.

That’s not to say that a loss for Merkel automatically means a victory for Eurosceptic parties like the AfD. If current polls are any indication, Merkel’s biggest adversary is Social Democrat (SPD) leader Martin Schulz, a former president of the European Parliament whose party commands 193 seats in the existing Bundestag. By comparison, AfD has no representation in the chamber, but has gained significant ground in state and European elections since 2014.

Nevertheless, a solid Merkel victory will likely strengthen the euro by quelling fears of fragmentation in the 19-member currency region. Voters’ embrace of the Eurosceptic agenda would likely have the opposite effect. A better-than-expected showing for the anti-EU AfD could embolden other Eurosceptic parties throughout the region, especially in Italy, where the Five Star Movement has made huge inroads in recent years.

Interested in keeping tabs on the German stock market? Follow the MSCI Germany Index, which measures the performance of the domestic equity market.

Exchange-traded funds (ETFs) exposed to German equities could experience volatility in the wake of the September 24 election. With Merkel seen winning, the following funds provide a good investment option. In fact, Merkel doesn’t even have to win for these ETFs to be considered solid investment opportunities.

The DXGE fund is a solid bet for investors looking to invest in Germany without the baggage of the euro. While the euro has been on a tear this year, it’s best to remain hedged to the currency until the region’s political outlook improves. An uneven regional recovery, Brexit risks and a tepid European Central Bank (ECB) are all reasons to hedge your exposure to the common currency. The DXGE provides broad exposure to German dividend payers with an exporter tilt.

The DAX is the only U.S.-listed ETF that tracks Germany’s benchmark index. This means investors gain full exposure to Europe’s largest economy, including key export sectors. This ETF is a timely play for investors seeking to benefit from the euro area recovery. Given that Germany accounts for roughly one-thirds of the Eurozone’s gross domestic product (GDP), a stronger currency region essentially means a stronger Germany.

The Eurozone economy is growing at its fastest pace in years, putting the ECB on track to begin normalizing monetary policy sooner than previously expected. Falling unemployment and rising industrial production have made the 19-member currency region one of the biggest surprises of 2017. The EZU provides broad exposure to the developed market countries using the euro.

Encouraging fundamentals are playing into the hands of the Euro Stoxx 50, which tracks the performance of Eurozone blue-chips across the supersector indices. Much like the EZU, the FEZ provides broad exposure to the euro area. The index captures roughly 60% of the free-float market capitalization of the Euro Stoxx Total Market Index, with broad exposure to the economies of France, Germany, Spain and the Netherlands.

Like the DXGE before it, the HEWG mitigates exposure to fluctuations between the euro and U.S. dollar. In doing so, it seeks to track the investment results of both large- and mid-capped German equities. The ETF has a medium risk outlook, and has returned double digits year-to-date.

The outcome of Germany’s general election could have profound implications on the global financial markets. While a Merkel victory remains the likely outcome, diminishing support for the CDU/CSU union could play into the hands of the Eurosceptic agenda moving forward. 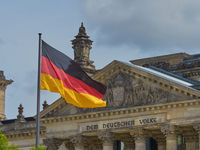 What's Next for Germany Post-Elections?

German Chancellor Angela Merkel has secured her fourth term in office after her conservative... 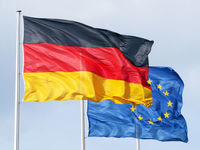 The German Elections' Impact on the Eurozone

Germany heads to the polls next week in a high stakes general election that will almost assuredly...