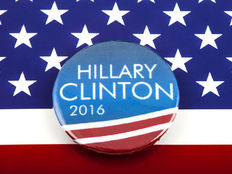 While predicting the stock market’s future trajectory may be next to impossible in any environment, this hasn’t exactly stopped investors from voicing their political opinions and “voting with their portfolios” ahead of the 2016 presidential election on the home front.

Only time will tell whether the victor lives up to his or her word and how that actually ends up impacting financial markets, but until then, speculation will likely reign supreme.

In this spirit, below we highlight three corners of the market that could possibly benefit if the Democrats retain control of the White House and Hillary Clinton takes the oval office.

3 ETF Themes That Could Outperform

There’s no hiding the fact that the Republican Party has been a long-time defender of “old school” energy production. Democrats, on the other hand, are known for promoting more environmentally friendly policies.

While Donald Trump has voiced his unbridled support for revitalizing the coal industry, Hillary Clinton stands on the other end of the spectrum with her strong support for the renewable energy sector in an effort to curb America’s appetite for fossil fuels. In fact, Hillary has pledged to install half a billion solar panels by 2020, placing her “pro-alternative energy” agenda front and center throughout the campaign.

Investors can tap into this theme via a broad-based Alternative Energy Equities ETF, such as:

There are also two solar-specific vehicles available, for those who prefer to be more granular with their allocations, including:

Before it was Obamacare, it was actually “Hillarycare.” People forget that during Bill Clinton’s presidency, Hillary was a main force behind the Health Security Act. The 1993 healthcare reform package was basically an enforced mandate for employers to provide health insurance coverage to all of their employees; and, it was the first stepping stone in providing universal health care for all Americans. While the package was killed, many of the pieces of that bill ended up in Obamacare.

With that in mind, Hillary has pledged to keep ACA/Obamacare alive, and to prevent its repeal from Republican lawmakers. Clinton has also offered several expansion measures under the ACA, including a proposal to allow any state offering a Medicaid expansion to receive a 100% match from the federal government for three years. In addition, Clinton has offered plans to include mental health programs and other services under the ACA.

If the ACA is kept or even expanded under Clinton’s presidency, we’ll continue to see a rise in healthcare demand and spending. Obviously, that will benefit the vast bulk of stocks with the sector.

Some broad-based ways to play this theme include:

Investors who are especially bullish on banks may consider the following:

The Democratic Party has generally been regarded as being more “progressive,” in that they are a big supporter of wage equality – much more so than the Republicans. Hillary Clinton has made it clear that she intends to increase the minimum wage across the country in an effort to bring millions of working Americans above the poverty line.

In turn, rising incomes for a large portion of the population could translate into more spending on discretionary goods spanning from restaurant outings to more luxury items. Therefore, a lift in the minimum wage is in many ways expected to benefit the makers and vendors of consumer discretionary goods.

Those looking to steer clear of the traditional market-cap-weighted approach may want to look at the following options:

3 ETF Themes That Could Underperform

Despite her love of hefty Wall Street speaking fees, Hillary Clinton has come out a major force against the greed/corruption in America’s banking system, which started when she was a Senator from New York. It was here that she voted for the landmark Dodd–Frank Wall Street Reform and Consumer Protection Act. Clinton also supported several other pre-crisis initiatives that were ultimately shot down, but would have helped to stem the Great Recession/Credit Crisis.

Pushed by Democratic-rival Bernie Sanders, Clinton’s latest plans for Wall Street are even tougher. These include imposing a so-called “risk fee” on the largest financial institutions, creating a new hefty tax on high-frequency trading, strengthening the Volcker Rule, regulating the shadow banking system and even breaking apart “too big to fail” financial institutions.

For the biggest banks, asset managers and insurance firms, Hillary’s stance on Wall Street could be their worst nightmare. For investors, it could lead to falling stock prices.

Popular choices for financial exposure, which could be shorted, include:

On the banking side, investors may consider selling the following:

One of Clinton’s main talking points on her campaign has been a liveable wage. Under that scenario, she has been a big supporter of a $15 per hour Federal minimum wage. Economic studies have shown that any extra money going to America’s poor and unskilled workers actually stimulates demand.

The problem is that it weighs on corporate profits.

For those industries – such as retail and restaurants – that survive on paying low wages, Clinton’s plan could be a big problem. Ultimately, paying their employees more would be a drag on earnings and margins. In some razor-thin-margined retail environments, that could shift the firm towards losses. Even now, several firms who have voluntarily raised wages or operate in states with high minimums have already seen profits suffer. Under Clinton’s plan, they’ll suffer further.

As cited above, Hillary Clinton is very much pro-alternative energy, and as such, a victory on the Democratic front could cast a cloud of uncertainty over fossil fuels of all types. Coal especially could face stiff pressures in the event of a rising “green energy” tide. New investments in alternative energy sources are bound to steer resources and attention away from this cheap, plentiful and archaic fuel.

Not only that, but because Donald Trump has voiced his support for coal and bringing back mining jobs, a victory for Clinton would surely reverse any positive sentiment that may have been building in anticipation of a Republican victory.

Simply put, a win for Hillary is expected to be a win for “clean energy” sources and a loss for “dirty coal”.

Investors could take bearish positions in the following:

Anticipating which assets are poised to prosper as a result of a pending election is a next-to-impossible task better left to the soothsayers. While savvy traders may be able to exploit others’ expectations before and after Election Day, most investors are better off tuning out the political noise entirely, and instead focusing on their long-term objectives. 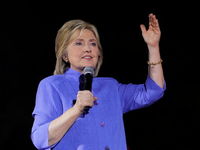 How Will Financial ETFs Be Affected If Hillary Clinton Wins

One of the major issues facing the presidential candidates this election happens to be finance... 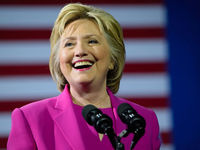 The Effect on Healthcare ETFs If Hillary Wins

Giving our growing and aging population, investing in the healthcare sector remains a popular... 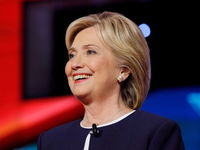 Why Hillary Is Big on Alternative Energy?

Invest in Quality Growth Funds With These ETFs

Invest in High Yield Bonds With This Fund of Funds