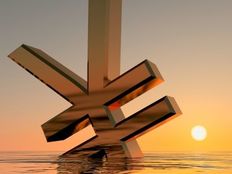 Japan ETFs Are in the Limelight as Recession Hits

In light of the Paris attacks last Friday, few devoted their attention to macroeconomic news that came out over the weekend. One piece of news from the Pacific that surely caught the eye of some was Japan’s economy slipping back into recession.

Following a contractionary third-quarter GDP release over the weekend, the nation of Japan officially fell back into economic recession – again.

Be sure to read ETF Surprises After the Paris Attacks.

Two consecutive quarters of negative economic growth constitutes a “recession,” according to the textbook. For Q3, Japan’s GDP declined by an annualized 0.8%, following the previous quarter’s decline of 0.7%. The unfortunate reality is that Japan has been plagued with anemic growth since the depths of the financial crisis; in fact, the country now has endured a total of five recessions since 2008.

There are two reasons for this. First, from a short-term perspective, a negative GDP report was expected by analysts; therefore, the “recessionary reading” wasn’t too much of a surprise.

Second, from a long-term perspective, it’s important to keep in mind markets are driven by expectations more so than anything. In Japan, as evidenced by the historical GDP data above, economic growth has been nothing short of dismal. In turn, this has paved the way for massive stimulus and monetary easing on the part of policymakers overseas in efforts to inspire growth. Not surprisingly, the expectation for central bank easing has become the status quo for Japan.

The entrenched belief that policymakers will keep riding to the rescue perhaps has been the biggest driver behind Japan ETFs YTD and throughout this entire bull market, really. I’ve previously written about whether or not annual GDP growth is a good predictor of single-country ETF returns, and my conclusion was this:

“In some instances, there is in fact a positive correlation … stronger GDP growth leads to higher returns … however, in a handful of other cases, there is no direct link or even a negative correlation, meaning that the nations with the weakest economic growth can at times deliver the strongest equity market returns."

At this point, Japan clearly falls into the latter camp.

What’s Next for Japan?

More stimulus – that’s the hope at least. The Bank of Japan now faces even greater pressure to find the right combination of fiscal and monetary stimulus necessary to reignite the nation’s economic engine.

Investors have more than a handful of Japan Equities ETFs from which to choose. The biggest by AUM and most popular by trading volume is the iShares MSCI Japan ETF (EWJ A). What’s more interesting, however, is the fact the next three biggest ETFs in that category are all currency-hedged; meaning, these ETFs offer U.S. dollar-denominated exposure to Japanese stocks instead of yen-denominated like EWJ or the Japan Small Cap Funds (DFJ C+).

The reason why these currency-hedged ETFs have gained so much popularity when it comes to accessing this particular slice of the foreign equity market is quite simple: The Bank of Japan aggressively has devalued the yen, and this has served as a tailwind for hedged ETF counterparts.

Read more about the Pros and Cons of Currency Hedged ETFs.

Japanese ETFs will continue to count on more (and more) stimulus from policymakers until the data suggests otherwise. Remember that the return of economic growth or a continued recession in a country may not have the impact on equity market returns than one might rationally expect.