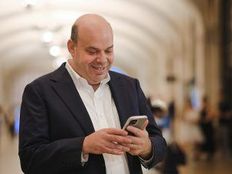 The Federal Reserve continued its rate hiking party last week and indicated that it is not slowing down as it seeks to combat inflation. Even as its efforts are causing the yield curve to invert, with the two-year Treasury bond sporting a higher yield than the 10-year, investors have flocked to Treasury ETFs. These ETFs provide exposure to the most creditworthy of assets — U.S. government bonds — and are highly liquid and accessible. Yet, many of the more popular products were recently down more than 10% in value in 2022 due to their high sensitivity to rising rates.

Recently, $235 billion were invested in Treasury bond ETFs, with $215 billion held by the 15 largest products. Year-to-date, these 15 ETFs pulled in a whopping $77 billion of new money, as shown below. Let’s dive into some of the data.

BlackRock offers the five largest Treasury ETFs, with the $27 billion iShares 1-3 Year Treasury Bond ETF (SHY A-) and the $24 billion iShares 20+ Year Treasury Bond ETF (TLT B+) leading the way despite taking opposite approaches. Long-term TLT is down more than 25% so far in 2022, incurring 2,000 basis points more in losses than short-term SHY, as the prices of longer-term bonds typically fall more as rates increase (and rise more as rates decrease). Yet, investors have favored TLT nearly twice as much in 2022, with the long-term product gathering $12 billion. Some are seeing the sell-off as a buying opportunity.

While the iShares U.S.Treasury Bond ETF (GOVT A) was recently BlackRock’s fourth-largest Treasury ETF with $23 billion in assets, slightly behind the iShares Short Treasury ETF (SHV B+), it stands out within the industry for its diversification. In mid-September, GOVT had approximately 35% of its market value in bonds maturing within three years, approximately 45% maturing between three and 10 years, and the remaining nearly 20% in bonds maturing in more than 10 years. GOVT has pulled in $9 billion thus far in 2022.

Some investors who turned to Treasury ETFs actually made a little money with ultra-short ETFs, which invest in bonds with less than three months left till maturity. The SPDR Bloomberg 1-3 Month T-Bill ETF (BIL B+) and the iShares 0-3 Month Treasury Bond ETF (SGOV B), which have pulled in a combined $11 billion thus far in 2022, had fractional gains for the year. The average duration for these products was 0.1 years, so they don’t incur much rate or credit risk.

However, the breakout star of the Treasury ETF investment style is the Schwab Intermediate-Term U.S. Treasury ETF (SCHR A). The ETF manages $7.9 billion in assets, with $5.1 billion (65%) coming in during 2022 despite its 12-year trading record and the fact that the fund is down 10% for the year. In June, Schwab cut SCHR’s expense ratio by one basis point to 0.03%, making the ETF slightly less expensive than the Vanguard Intermediate-Term Treasury ETF (VCIT A) and GOVT. For those advisors seeking income and willing to take on some interest rate risk, SCHR has become a strong alternative, gathering $1.1 billion in the last three months.

Overall, $31 billion of the money that went into the 15 largest Treasury ETFs in 2022 has been focused on short-term products compared to $28 billion and $18 billion for intermediate- and long-term ETFs, respectively. Investors were able to take advantage of the range of low-cost, liquid ETF choices regardless of their views on the direction of bond yields.