The adjacent table gives investors an individual Realtime Rating for PIZ on several different metrics, including liquidity, expenses, performance, volatility, dividend, concentration of holdings in addition to an overall rating. The "A+ Metric Rated ETF" field, available to ETFdb Pro members, shows the ETF in the Large Cap Blend Equities with the highest Metric Realtime Rating for each individual field. To view all of this data, sign up for a free 14-day trial for ETFdb Pro. To view information on how the ETFdb Realtime Ratings work, click here.

This ETF is linked to an index deemed to maintain powerful relative strength characteristics, utilizing a metric valued by many investors to develop a way to access developed markets outside of the U.S. This fund can be seen as an alternative to broad-based EAFE funds such as VEA or EFA in long-term portfolios, potentially appealing to investors who believe the relative strength screens are capable of generating excess returns. While the exposure offered is generally similar, there are several noteworthy differences as well. PIZ holds only a fraction of the names that funds like EFA do, and as such the concentration in a small handful of stocks can be greater. Moreover, the nature of the underlying methodology will generally result in higher turnover, potentially creating tax liabilities and occasionally resulting in skews towards certain sectors, regions, or individual economies. Finally, PIZ is considerably more expensive than many alternative ETFs, creating a substantial hurdle of excess returns that must be generated annually by the relative strength methodology (compare PIZ to VEA to quantify the gap this fund must make up on an annual basis).

Being Careful With Corporate Bonds 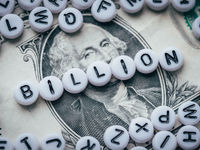 Today’s low-yield environment is increasing the allure of high-yielding fixed-income assets, but... 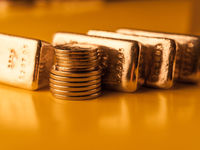 Due to the coronavirus epidemic, gold ETFs, such as the SPDR Gold Shares (GLD A-)and theSPDR Gold...