The adjacent table gives investors an individual Realtime Rating for RWL on several different metrics, including liquidity, expenses, performance, volatility, dividend, concentration of holdings in addition to an overall rating. The "A+ Metric Rated ETF" field, available to ETFdb Pro members, shows the ETF in the Large Cap Blend Equities with the highest Metric Realtime Rating for each individual field. To view all of this data, sign up for a free 14-day trial for ETFdb Pro. To view information on how the ETFdb Realtime Ratings work, click here.

This ETF tracks the RevenueShares Large Cap Index, a benchmark consisting of some of America's largest companies. As a result, investors should think of this as a play on mega and large cap stocks in the American market. These securities are usually known as 'Blue Chips' and are some of the most famous and profitable companies in the country, including well known names such as ExxonMobil, Apple, IBM, and GE. The fund is probably one of the safest in the equity world as the companies on this list are very unlikely to go under unless there is an apocalyptic event in the economy. However, the fund employs a different weighting methodology than the cap weighted funds in the index, potentially giving it a different risk/return profile. The fund tracks all the same stocks in the S&P 500 but instead of weighting on market cap uses top line revenues to determine the allocations. Thanks to this, the fund could outperform or possibly underperform funds such as SPY or VOO that track the exact same index. Overall, RWL is a quality choice for investors seeking broad mega and large cap exposure as it contains just over 500 securities in total. However, the fees are marginally higher than other funds that employ a cap weighted methodology suggesting that those who need to keep costs to an absolute minimum would be better served elsewhere. If, however, investors believe in the promise of the revenue weighting system, RWL is a fine pick that will offer well rounded exposure.

A recent survey of advisors here at ETF Trends and ETF Database suggests that the traditional... 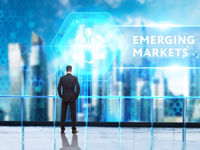 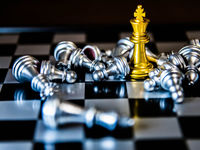 A sustained flight to safety via bonds is persisting as coronavirus fears continue to roil the...