The SPDR Portfolio S&P 400 Mid Cap ETF (SPMD) track the S&P 400 MidCap Index, which offers broad exposure to mid-sized U.S. companies. SPMD is one of several that offer exposure to an asset class that can make up a significant portion of long-term, buy-and-hold portfolios. This ETF may be more appealing to those in the portfolio construction business as opposed to short-term traders. SPMD offers exposure to a balanced portfolio of about 400 individual stocks. As with all of State Street’s SPDR “Portfolio” lineup, SPMD competes — and even beats — the management fee of ultra-low-cost rivals like Vanguard Mid-Cap ETF (VO), Schwab U.S. Mid-Cap ETF (SCHM) and iShares Core S&P Mid-Cap ETF (IJH). All four funds offer broadly similar allocation to sectors and company size. SPMD is a relative latecomer and lags these three rivals in assets but still offers good liquidity.

Tactical traders might prefer SPMD’s older and larger sister fund: the SPDR Midcap 400 ETF Trust (MDY). MDY is one of the oldest ETFs on the market and tracks the same index as SPMD, but costs much more. Why? A number of State Street’s older funds, like MDY, were structured as UITs, and therefore lack the flexibility to lend out securities and reinvest dividends. Some of them are also burdened by costly legacy royalty contracts. MDY’s higher fee won’t deter short-term traders, who are more concerned with liquidity than fees, but for buy-and-old investors we’d recommend SPMD (or one of its low-cost rivals).

State Street launched its ultra-low-cost SPDR Portfolio lineup in October 2017 after years of losing market share to cheaper rivals at BlackRock, Schwab, and Vanguard. This was a humiliating setback since State Street pretty much founded the modern ETF market in 1993 with the launch of the SPDR S&P 500 ETF Trust (SPY). State Street was late to to the ultra-low-cost space — BlackRock launched its low-cost iShares Core series five years earlier — but has pushed hard to make up ground. Many of its “Portfolio” funds, including SPMD, were renamed and repriced for this purpose. Prior to October 2017, SPMD tracked the Russell 1000 index and traded under the ticker SMD. Prior to January 24, 2020, it tracked the S&P 1000 Index.

The adjacent table gives investors an individual Realtime Rating for SPMD on several different metrics, including liquidity, expenses, performance, volatility, dividend, concentration of holdings in addition to an overall rating. The "A+ Metric Rated ETF" field, available to ETFdb Pro members, shows the ETF in the Mid Cap Blend Equities with the highest Metric Realtime Rating for each individual field. To view all of this data, sign up for a free 14-day trial for ETFdb Pro. To view information on how the ETFdb Realtime Ratings work, click here. 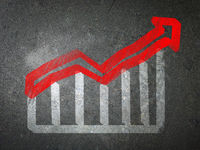 Buy on the Dip Prospects: May 19 Edition 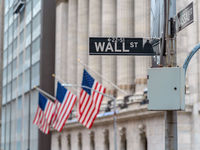 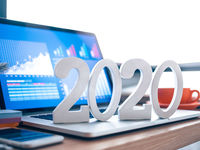