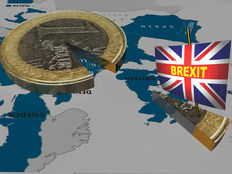 The United Kingdom officially filed divorce papers to leave the European Union on March 29, 2017 by triggering Article 50 of the Lisbon Treaty. This will launch two years of complex negotiations that will pit the United Kingdom’s need for a trade deal against the bloc’s view that Britain should not benefit from Brexit.

Theresa May announced on April 18, 2017, that she is sending Britain back to the polls as the UK negotiates its exit from the European Union.

Britons headed to vote on June 8, 2017, for the second time this year. Prime Minister Theresa May had called snap elections in April in a bid to boost her majority in the Parliament and have a stronger hand in the upcoming Brexit negotiations. But May’s bet went terribly wrong, with her Conservative Party failing to gain the majority sought. The Conservative Party won 316 seats, short of 326 needed for a majority, creating a cloud of uncertainty over Britain and May’s future. Theresa May will try to form a government with the support of Norther Ireland’s Democratic Unionist Party and continue Brexit negotiations with the European Union, starting on June 19, 2017.

On Friday, June 24, 2016, Britain decided, in a historic 51.8% to 48.2% vote, to leave the European Union (EU). The EU is composed of 28 member nations that agree to establish rules as a group that supersede any individual nation’s own rules. These rules mostly pertain to trade and commerce within Europe. The EU helps facilitate the flow of trade, capital, workers and goods throughout the EU.

The Brexit vote has major ramifications not just for the EU, but the global economy as well. Britain was one of the largest economies in the EU, and the global markets had widely expected the remain camp to prevail. The outcome for leaving was not priced in by the market.

3 ETFs That Could Continue to Outperform

The utility sector is sufficiently insulated against international geopolitical risk because most utilities conduct their business operations in the United States. Plus, the holdings within the XLU fund are modestly valued and provide significant dividend yields, which are both meaningful margins of safety. For example, XLU holds an average P/E multiple of 18.22 and a 3.2% dividend yield.

GLD is a fund that reflects the price movement of gold bullion. In times of geopolitical stress like this, gold is often a major beneficiary because it is seen as a safe haven. It is a way for investors to hedge their portfolios against geopolitical risk. GLD could also be viewed as a hedge against inflation.

Investors can utilize our Head-to-Head ETF Comparison Tool to compare two ETFs that are likely to outperform. It is fairly easy to compare TLT with GLD, across several key characteristics. For example, TLT has a lower expense ratio compared to GLD.

For more information on individual ETFs that are likely to continue to outperform, enter the ETF ticker on our ETF Analyzer.

3 ETFs That Could Continue to Underperform

IEV is an ETF that holds more than 300 European equities. These are mostly large-cap dividend stocks, across market sectors. It is fairly evenly balanced across sectors. Only five individual holdings receive double-digit weightings.

The Brexit vote has cast a great deal of uncertainty toward the EU and the state of the European economy.

EWU provides a single-country view. It is heavily exposed to the U.K. and, as a result, the fund may continue to underperform going forward. It is widely projected that the Brexit vote could throw Europe into recession.

FXB is designed to provide a way for investors to obtain exposure to the foreign exchange asset class. FXB gives investors an avenue to profit from a rise in the value of the British pound sterling against the U.S. dollar. FXB issues shares that represent units of fractional interest in the GBP/USD exchange rate that shows the U.S. dollar price of the British pound sterling. The value of the shares increases in correlation to increases in the GBP/USD exchange rate.

For more information on individual ETFs that are likely to continue to underperform, enter the ETF ticker on our ETF Analyzer.

The British pound continues to be volatile as Brexit concerns escalated in recent weeks. Check out the ETFdb Country Exposure Tool, which delivers a list of equity ETFs that include the selected country, such as the United Kingdom, among the ten largest single country allocations.

Now that Britain has voted to leave the EU, it has major implications, for both the EU and for Britain. Britain is a strong, diversified economy and the leave camp widely believed that the EU needed Britain far more than Britain needed the EU. However, the outcome of the referendum shook the markets for two reasons: the EU, a major trading partner with the U.S., will be weakened without Britain and the markets hate uncertainty. Now, there will be a great deal of uncertainty over how Britain will proceed and whether any additional nations in the EU will pursue the same course. 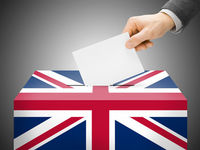 How the UK Election Affects Your Portfolio

The United Kingdom made headlines with the ‘Brexit’ decision, but the Conservative party’s... 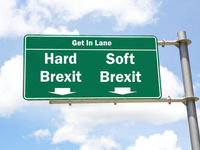 UK's Path to Leaving the EU

Meb Faber and Jim Bianco Talk Markets and the Economy

Investing in ESG With This Free Cash Flow ETF

ACES Increases 33% in Past Month as Clean Energy Rebounds